"As we wait for a 'floor' in the price of oil, the pundits continue to talk about declining oil demand in the U.S. and Europe. But the figures are beginning to tell us something very different—at least on one side of the pond."

As we wait for a "floor" in the price of oil, the pundits continue to talk about declining oil demand in the U.S. and Europe.

But the figures are beginning to tell us something very differentat least on one side of the pond.

The American Petroleum Institute (API) released data today that indicates "petroleum consumption" in the U.S. declined by 0.3% in April from levels one year ago. Meanwhile, gasoline demand actually grew for the third month in a row, although by only some 1%. It had been up 3% in March year-on-year.

So where is the decline that everybody wants to talk about?

Now, the analysts are quick to call the gasoline gain this month "tepid." And they point out that millions are still out of work with unemployment above 8%. What they fail to take into consideration is the overall upward trend in consumption, even with the employment and economic concerns.

The prevailing argument fails to consider that the demand level will accelerate once the economic recovery picks up. If the current environment remains weak, and there are still demand gains in the oil products most directly affecting overall price, what will happen when the recovery returns in earnest?

A "tepid" 1% rise per month is still 12% a yearand that would require considerably more domestic drilling.

That is due to a revolution of sorts in the production landscape.

Imports of crude oil this year are likely to continue declining; reversing what had been an increasing reliance on foreign oil to satisfy need in the American economy. In April, for example, 55.8% of crude used in the U.S. came from exports, down from 61.3% in April of last year.

And according to projections, less than 50% of our requirements will come from imports by as early as 2015, with only 30% needed within 15 years. Those imports would come almost exclusively from Canada.

To put this into perspective, only three years ago, we were expecting that 70% of American requirements would come from foreign countries.

The difference now is the rise in the domestic availability of unconventional oilshale, tight, heavy, bitumen, oil sandsin volumes that have completely changed the production landscape.

Still, that alters neither the aggregate price (unconventional costs more to produce on average and certainly more to process) nor the demand projections.

Elsewhere, the demand picture is intensifying.

Not in Europe, of course, where a combination of Greek, Spanish, Italian, cross-border banking, German economic concerns, and a rising opposition to austerity measures have combined to depress demand (and spirits).

Neither the North American nor the European markets are determining global prices these days. The developing and industrializing nations are in the driver's seat now. Despite recurring concerns about Chinese or Indian economic expansion, and recent OPEC and International Energy Agency (IEA) revisions in global demand projections, we will still come in this year with a 1.8% gain and an 89-million-barrel-per-day average.

So, if this is the "big picture" (and it is hardly new), why have crude prices in the U.S. declined 15% since their most recent high at the beginning of March? If demand is in fact increasing, albeit slower than the TV talking heads would like, why are prices moving in the opposite direction?

1) Headlines Are Telling Us the Wrong Story

First, perceptions of demand moving forward are prone to reading overemphasized deflation concerns into every headline.

But none of this has anything really to do with demand projections in the U.S. or, for that matter, elsewhere in the world.

The European contagion is becoming an isolated situation, at least for now. The decline in the euro against the dollar is actually helping to improve the American export picture for finished products and even services.

As for the JPMorgan mess, it may breathe new life into government proposals for more oversight. Still, this has absolutely nothing to do with oil.

Second, and this is what has prompted a longer slide than would have happened otherwise, this has been an excellent opportunity for large short positions to profit from the declining oil price.

Now, there was a brief decline coming anyway, because oil had overheated.

However, given the defensive nature of the current market, the shorts can be ridden longer than usual, and a greater profit can be made than anything that's justified by the actual market specifics. That this also drives down the stock value of companies throughout the energy sector into "oversold" territory merely provides additional incentive to keep those shorts in place.

After all, even if the market would change abruptly, covering the shorts is still much cheaper than it was two weeks ago.

When the run has petered out, these same guys will be on the other end of the transactions pushing the prices up. That's just how this works.

We will continue to experience sluggishness in oil prices until the dust settles, and the profit incentive moves to the other side of the ledger. Then we will see hedging in a different direction, along with a rather quick rebound in prices.

In any case, this is a long-term market, subject to bouts of very short-term volatility.

Nothing happening in Europe or on the trading floor is going to change that.

By the way, last Friday, I raised my target price for oilsignificantly.

But if you missed it, a major event is now just six weeks away that will have profound effects on the market. And oil at this target level is set to have significant effects worldwidemany of which the world is not prepared for. Yet the most significant effect of allfor you, anywaywill be the extraordinary amount of money this situation is likely to create. 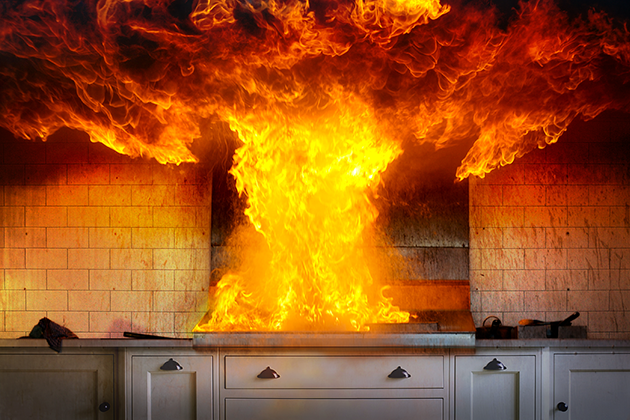 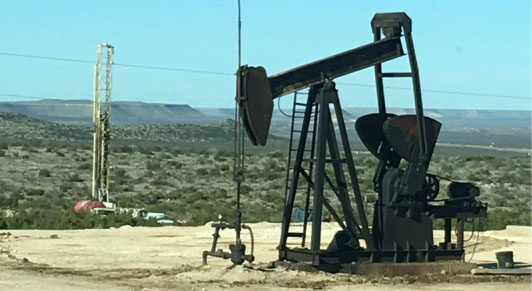 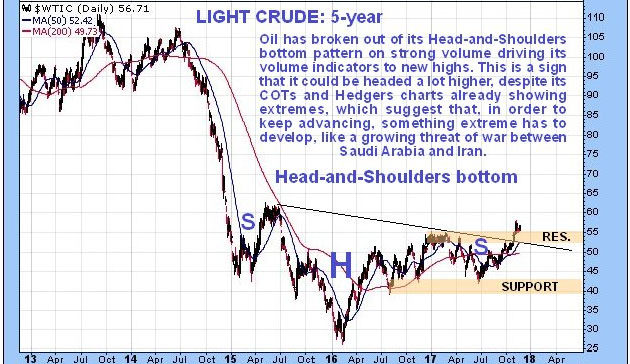 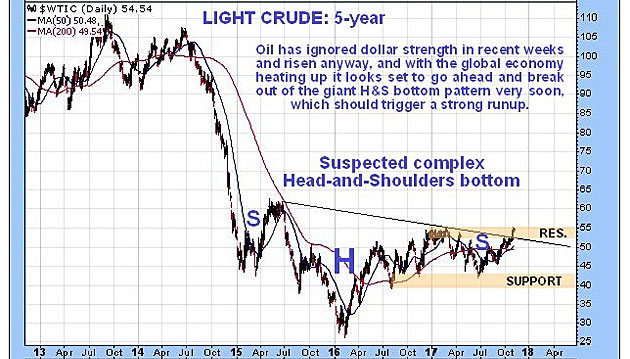 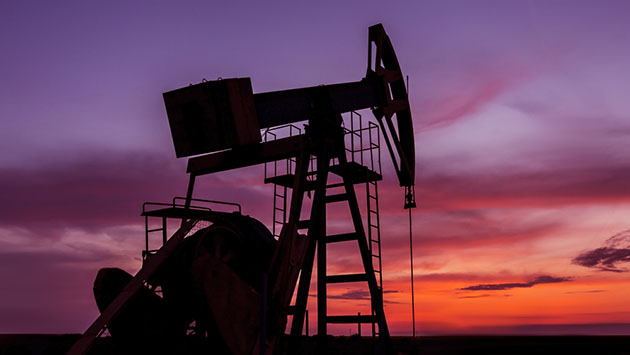 Oil Breaking Out, But the Money Is Elsewhere