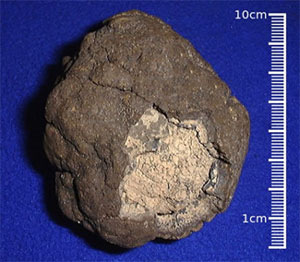 Electrolytic manganese dioxide (EMD) has long been used in alkaline dry-cell batteries and is rapidly being developed for use in lithium-manganese batteries. These batteries have shown incredible potential in energy-density levels, as well as rapid recharging and life cycle. They may just be the battery of the future for not only mobile electronics, but for electric and hybrid vehicles. However, in China a supply shortage of the material in the coming years means manganese producers worldwide may get a big boost.

China produced 1.4 million tons (Mt.) manganese last year, with a capacity to produce upwards of 2.2 Mt. Due to shrinking ore bodies, the production of EMD may fall off dramatically in the coming years. "China may lose 500,000700,000 tpy of metal capacity in the next three to five years if no new resources are found," said Sodality of Manganese Plant Directors General Secretary Zeng Xianbo. This massive supply reduction will result in higher prices and moves by China to protect its resource.

After years with extremely high production, volume prices fell, forcing many Western mines to close due to low prices. China has moved to protect many of its national resources with tight production, export quotas and strategic-stockpile building.

"I believe that China will have to make a move to protect that resource, it doesn't have the same quality ore bodies as in the past." stated Reaugh.

Recently, the Chinese National Development and Reform Commission (NDRC) encouraged the import of molybdenum and antimony to satiate domestic demand. This helped double the price of moly over a short time after the global economic crisis decimated the price.