"Does Washington want to kill the USD's #1 status?"

Does Washington want to kill the USD's #1 status? It's going the right way about it. . .

More telling, the real 10-year yield—the rate of interest paid to new buyers after you account for inflation—just slipped back below zero, even on the official CPI measure of living costs.

You might think these miserly returns can't last long. The U.S. government cannot steal from its creditors indefinitely. Not without T-bonds&#151and thus the dollar—losing a big chunk of that same global demand which awards them "reserve" supremacy.

But where else would the world turn for its currency #1. . .? 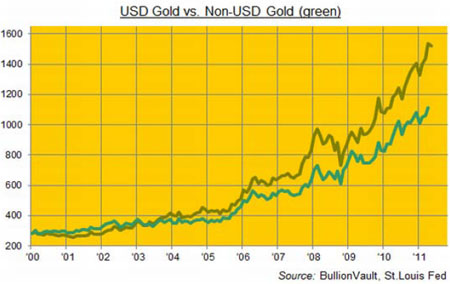 "Gold" says a mumbling chorus of observers, analysts, U.S. politicos, and—most especially—investors. But gold lacks the one key quality which today's global economy appears to demand from its reserve currency: 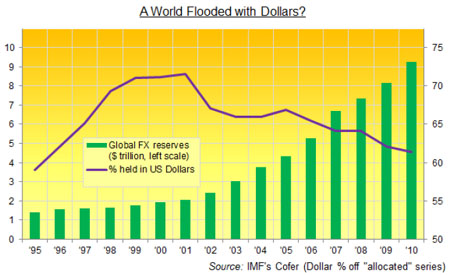 "Reserve currency status is a global public good that comes with a cost, and people often forget that cost," wrote Beijing-based academic Michael Pettis at the start of May.