Palladium to the Moon

"Palladium has exploded past the entire commodities sector."

We're all aware of gold's and silver's recent price movement, but have you looked at palladium? Palladium has exploded right past the entire commodities sector, along with silver. Both precious metals (PMs) have logged sizzling +80% gains, year to date.

As incredible as palladium has performed in 2010, I think its run toward the sky is just beginning. Let's begin with a chart of global palladium supply. 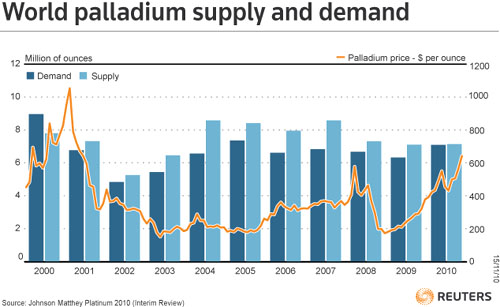 Obviously, a precursor to significant price appreciation is a supply shortage, and this appears to be in the pipeline now. The enormous overhang of Russia's multidecade palladium surplus is now thought to be virtually exhausted. As primary demand for the metal is related to its use in catalytic converters, the demand-shortage scenario now appears inevitable with increased car production projected in the U.S., China and India. 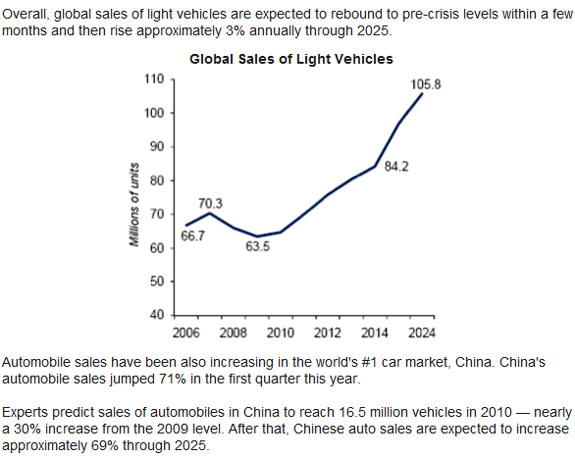 And finally, the demand side of the equation is being aggressively stretched by investment demandETFs, coins and jewelry, primarilyas the PMs secular bull market enters its 10th year. In fact, on November 30, the U.S. Senate unanimously approved the coinage of a $25 1 oz. palladium bullion coin with a mercury-head design. And a new ETF (NYSE Arca:WITE) backed by physical metal launched this week and is weighted 55% silver, 33% platinum and 12% palladium.

The following chart yields a closer look at the more recent price history of Palladium. Additionally, I have superimposed the concurrent price performance of Gold (blue) onto this 10 year chart of Palladium (red) for relative comparison.