Gold is the squeaky wheel that gets the grease, but platinum and palladium exchange traded funds (ETFs) haven't exactly been chopped liver.

In fact, a new 2010 high for platinum was reached last week. A few factors have contributed to the gains seen in platinum and palladium in recent months:If you've become skeptical of the gold rally, platinum can be an appealing play as metals prices rise across the board. Platinum shares qualities with both silver and gold, so it has the potential to deliver the best of both worldssafety, inflation protection and potential for returnsbut do keep in mind price volatility as a result of their industrial uses. Both ETFs that trade the metals are physically backed, so they seek to reflect the spot price. 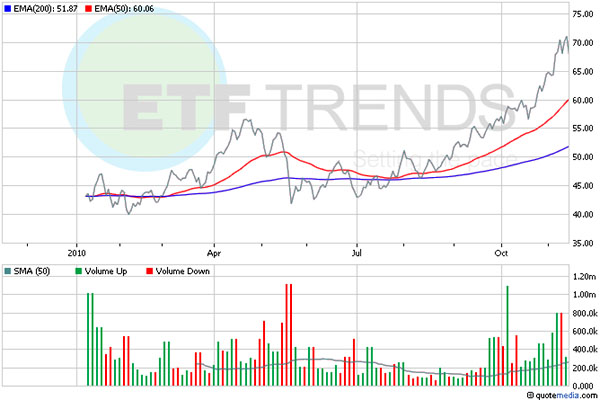