"Mexico will likely cease being an oil-exporting nation by 2015."

Mexico is a critical oil supplier to the U.S., but Mexico's oil industry is in crisis. The grim numbers come from no less a source than the Mexican Energy Ministry. Production statistics make it clear that Mexico's overall oil output is declining rapidlythe word "crashing" comes to mind when viewing the following chart. 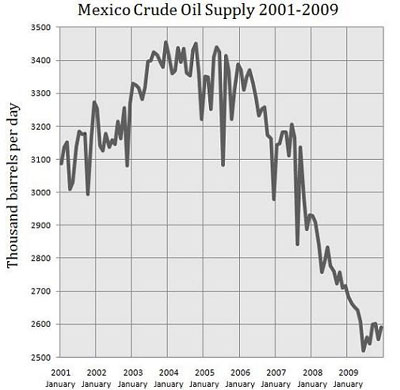 One particular oil field central to the problem is Cantarellthe super-giant, offshore oil field discovered in 1976. 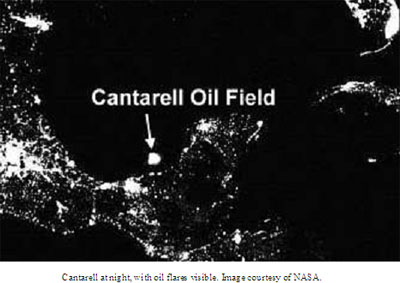 After decades of production, Cantarell is getting long in the tooth. Cantarell is depleting at an astonishing rate. Meanwhile, the yield from new Mexican oil fields is simply not making up the difference.

The Mexican government obtains about 40% of its national receipts from oil-related revenues. Yet due to falling oil output, especially from offshore, Mexico will likely cease being an oil-exporting nation by 2015. This looming problem holds dire implications for Mexico's national balance sheet, andby implicationfor U.S. energy and national security.

Another problem is Mexico's lack of success in discovering and developing new oil resources, despite its national jurisdiction over a large slice of the oil-rich Gulf of Mexico.

One major element of this lack of exploration success is that Mexico's constitution severely restricts foreign participation in Mexico's energy development. That is, foreign oil companies are banned from exploring, and drilling, for oil in Mexico. Considering Mexico's crashing oil output, it's fair to ask if Mexico should change its approach to development.