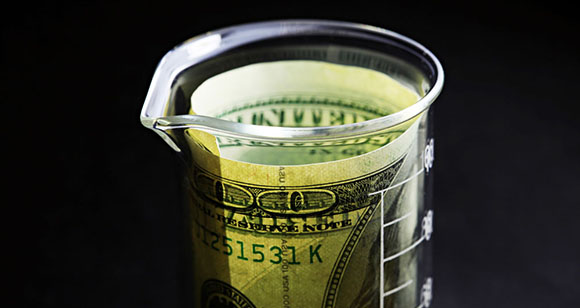 Micro-cap stocks suffer from all sorts of ills. They are often illiquid, and companies can be unable to raise new funds under reasonable terms, if at all. Investing in these equities requires extraordinary expertise and experience, and that is where micro-cap investment banker Richard "Dick" Huebner excels. In this interview with The Life Sciences Report, Huebner, a senior managing partner with Denver-based GVC Capital, discusses the downside and the upside of micro-cap biotech investment, and the desirable characteristics risk takers should be looking for in very small companies.

Dick Huebner knows what he wants. He's looking for biotech companies that can make it very big from a near zero-base valuation. We're talking low-end micro caps that bring a lot of risk to the table, along with the opportunity for major gains. In this interview with The Life Sciences Report, GVC Capital's senior managing partner profiles three publicly traded life sciences stories that could produce generous windfalls for investors, and a private firm about to go public that promises to do the same.

"MSLP has definitely proven itself a very capable marketing machine."

"What's particularly exciting about VNRX is that it believes its technology is able to identify targeted cancers in stage 1 and stage 2."

"MSLP was growing very fast, and it had significant events that made it possible for us to raise $12M for it."