Morgan Poliquin, CEO and president of Almaden Minerals Ltd., graduated from the University of British Columbia Geological Engineering program in 1994. He earned his Master of Science degree in geology at the University of Auckland, studying geothermal systems and epithermal gold deposits and his Ph.D. in geology from the University of Exeter (Camborne School of Mines) studying the geology and mineral deposits of eastern Mexico. His Ph.D. research was combined with the prospecting program he led in eastern Mexico for the company. This exploration directly led to Almaden's involvement in the Caballo Blanco and Ixtaca projects and the subsequent discoveries made on these projects.

Almaden: Succeeding in a Tough Resource Market with World-Class Management and Gold-Silver Discovery (1/13/16) 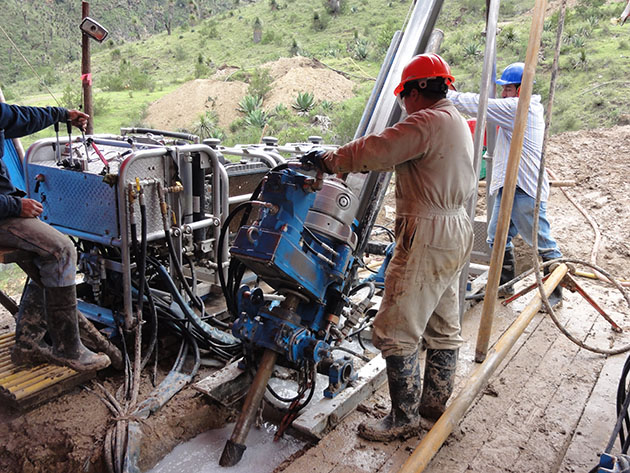 With approximately $5.5 million in the bank, a 3.5-million-ounce gold equivalent Measured and Indicated resource, zero debt and a robust, updated preliminary economic assessment, Almaden Minerals Ltd. CEO Morgan Poliquin says the company is in position to not only survive this tough market but to continue adding significant value at a deep discount. While other companies are trying to figure out how to keep the lights on, Almaden has been active. The company recently completed a spinout of a large portfolio of exploration projects and royaltiesincluding a royalty on Ixtacainto Almadex Minerals Inc. and purchased an option on a mint condition mill that reduced the initial capital cost estimate by some $70 million. In this interview with The Gold Report, the second-generation geologist points to the fact that 95% of the Tuligtic property, which hosts the Ixtaca Zone, remains unexplored and that the company can drill for about a third of what most operators pay. He says that the companys market cap is less than the savings from the purchase of the mill, as an indication that a potential buyout is a plausible scenario.

Prospect generators Duane and Morgan Poliquin of Almaden Minerals Ltd. have a business model that works: Find a prospect. Drill early and cheaply. Attract partners to help pay for development through investments, options or joint ventures. Rinse and repeat. Read the details in this exclusive Gold Report interview.