Gerald Prosalendis is the president and COO of Quaterra Resources Inc. He has been an officer or director of a number of publicly traded mining exploration and development companies. He was the vice president corporate development of Western Silver Corporation and was involved in the successful sale of that company in 2006 to Glamis Gold Ltd. for $1.6 billion. He was also vice president corporate development of Dia Met Minerals, a member of the team that developed the Ekati diamond mine and was involved in the sale of Dia Met to BHP Billiton for $687 million in 2001. Prosalendis is currently enrolled in a Master's degree in environmental management at Royal Roads University, and has a Bachelor's degree from the University of Cape Town. 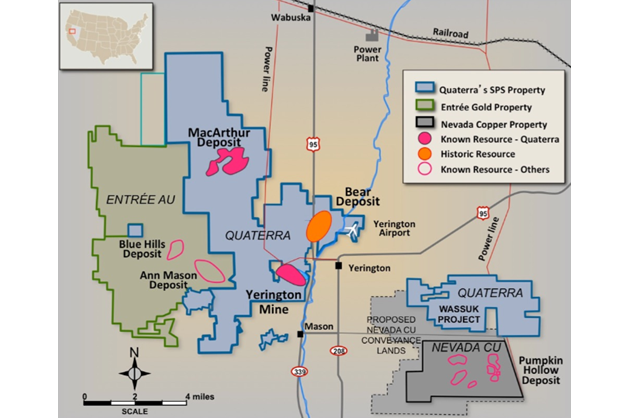 Quaterra Resources Inc. and its subsidiary Singatse Peak Services announced earlier this week that they had reached an agreement with Freeport Nevada to extend for up to two years the current Stage 2 of Freeport Nevada's option to acquire an interest in the company's Yerington Copper Project in Nevada. Gerald Prosalendis, recently appointed president and COO of Quaterra Resources, explains what this extension means for Quaterra and the Yerington project.