Steven Dischler, president and CEO of Quaterra Resources, has 32 years of experience in mining and other natural resources. Prior to joining Quaterra, he was a strategy manager with BP for a portfolio of historic mines associated with the former Anaconda Mining Company assets in the U.S., including Yerington. Dischler has held a variety of leadership positions in consulting and industry with expertise in managing and permitting major capital projects. He has been involved with the permitting and development of several major mining projects across the U.S. Dischler has a Bachelor of Science degree in mining engineering from the University of Wisconsin and a Master of Science degree in mining engineering from the University of Arizona. He is a registered professional engineer in eight states and has been a member of the Society of Mining Engineers since 1979.

Quaterra Resources Has the Property, the People and the Partner for Large-Scale Nevada Copper Mining (8/20/15) 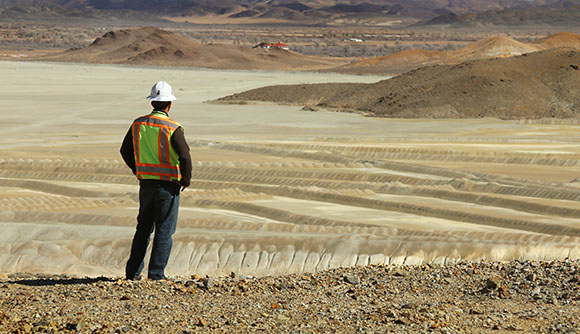 Few copper juniors hold the promise that Quaterra Resources does. Its 51 square miles in Nevada contains a past-producing mine. Its management is savvy and well seasoned. And it is backed by the strength of global player Freeport-McMoRan Nevada LLC, a wholly owned subsidiary of Freeport Minerals Corporation, which in turn is a wholly owned subsidiary of Freeport-McMoRan Inc. In this interview with The Gold Report, President and CEO Steven Dischler tells us why he believes his company's Bear project could open up a whole copper district.